Sysplex Group offers complex solutions in the field of commercials and commercial development: 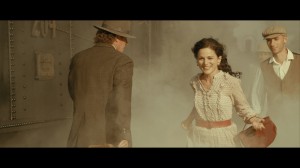 Through the appearance of online platforms, the popularity of viral marketing is increasing, so many companies see their future success in this type of communication. In case of a television commercial, money is the tool that encourages the viewer to watch the promotion (as you pay for the commercial spot); on the other hand, in case of a viral video the basic motivation is interest and curiosity, therefore acceptance is voluntary. The viewer is more open, identifies more with the product and the message it carries.

Good viral marketing and film, however, demands at least as much preparation as an effective commercial film.

A viral video is the same quality, and by no chance means cheap camera and amateur circumstances. The difference from a classic commercial is that it approaches people in another way: it spreads (like a virus; thus the term ‘viral’) and leaves a trace in the online culture. The content is unique and the form adjusts to it.

The aim of Sysplex in every case that it perfectly fulfills the Customer needs and recognising the goals, while fitting the best content and form. Our advertisement experts and copywriters have sufficient experience in the field of viral marketing, as well, and take over the task from the first stage of planning, if needed. From the core ideas set forth during development, our crew accomplishes the expected result with the professional attitude and knowledge seen at commercial films.

What is a good viral video for? 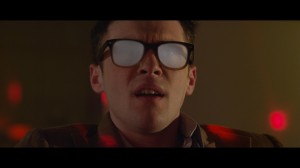 Although a viral video may be costly and spectacular, in most cases it features such humorous or touching elements that the creation and advertising is cost-effective. The well-prepared and positioned viral video takes advantage of the particularity of online platforms, thereby spreading with information flow among the people, therefore a much lower budget is enough for success.

For more information about viral videos, read our article about how many people can be reached through quality commercials in a cheap and efficient way.

Steps of making a viral video

1. Creating the concept (1-2 weeks depending on the complexity)

This step does not apply in case of ready concept. However, if needed, our well-prepared, experienced copywriters and advertising experts are happy to help your company find your own tone, concept and filming style. Our colleagues develop concepts based on the given criteria, fitting into your profile, which take the following into account:

If needed, we develop the ready concept together with your co-workers, always show the best ideas within a spectacular presentation, so your company may choose the most suitable viral video plans.

2. Shooting preparations (1-2 weeks depending on the complexity)

During preparation our team complete the following tasks:

Don’t forget: In all cases, Sysplex fulfills its duties in agreement with the Client, in line with the aims set forth, therefore you will never feel for even a moment that a result is accomplished as opposed to your desired aims.

3. Shooting (number of days depends on the nature of the viral videos)

10-25 experts work at a shooting with Sysplex, the footages are recorded based exactly on the previously accepted script, strictly keeping the production plan, however flexibly if needed.

4. Post-production (1-4 weeks depending on the complexity)

Our colleages compile the final film through a quite complicated, but easy-to-follow process, using the raw material recorded during the shooting:

The cost of a viral video is defined on a wide scale, influenced by several factors; in general, 1-5 million HUF is needed.

What are the factors that influence the budget of a commercial?

Contact us for customised price offer and personal consultation, in the course of which you get to know the unique opportunities offered by Sysplex.